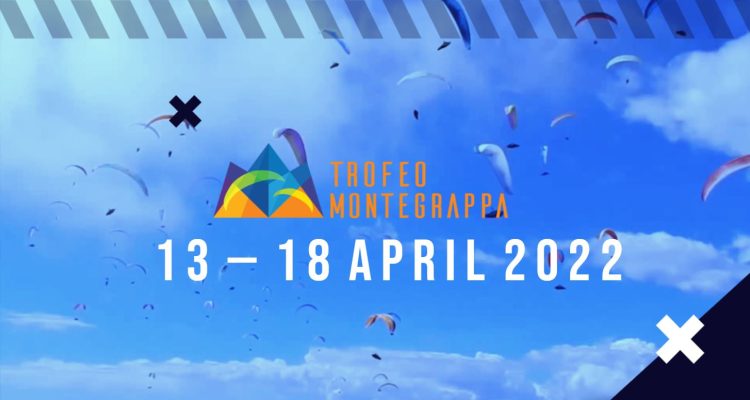 After two years, the eagerly awaited Montegrappa Trophy is finally back!

The forced two-years break has not affected the enthusiasm and passion around this competition, recognized as one of the most important and long-standing events in the Italian and international paragliding field. A competition which, for more than thirty years, has gathered the greatest paragliding pilots in the skies of Monte Grappa.

As per tradition, the chosen period is Easter: from 13 to 18 April 2022, but there are also news and surprises, first of all: a new location. The Operations Center and the official landing of the Montegrappa Trophy will in fact be set up in Romano d’Ezzelino.

Participation is limited to 150 paragliding pilots, among the best on the international scene, who during the 5 days of competition will challenge each other, applying their technique and strategy, to conquer the defined turnpoints and then land in the shortest time possible. The final ranking, defined with the sum of the results obtained in all the competition days, contributes to scoring useful points for the world ranking and gives access to the prestigious competition prizes.

Pre-registrations will open on January 17th (on www.airtribune.com) – until February 13th 2022.

The list of confirmed pilots will be published within February 18th 2022.