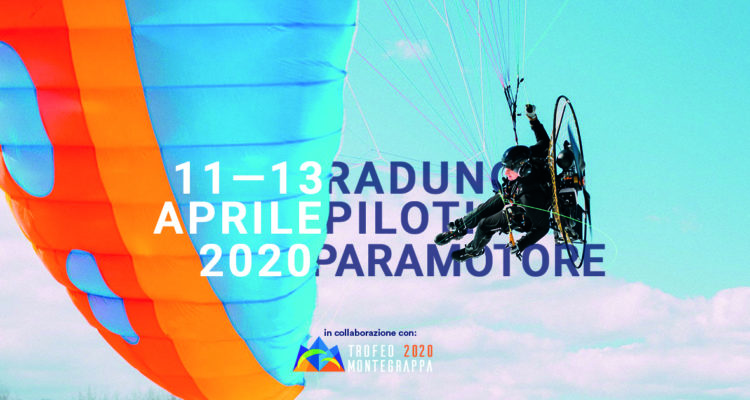 The countdown to the 30th edition of the Montegrappa Trophy has started! Athletes from the Italian and international paragliding scene will meet again in the area of Monte Grappa and its foothills from 9 to 13 April 2020.

A great event that is built around a spirit of friendly competition where people have the possibility to enjoy outdoors having fun… and this is not limited to paragliding! At Montegrappa Trophy the competition is enriched by a series of other initiatives and activities aimed to entertain a wider group of visitors, families and children.

Today we are announcing the first “collateral activity”: a Paramotor Pilot Meeting, which will be held from Saturday 11th to Monday 13th April. The place to be is the Montegrappa Trophy Heaquarters (Sports Facilities of Romano D’Ezzelino -VI- via Benedetto Marcello, 2).

Many are the special activities planned for motorized pilots:

Everything will happen in the context of the Montegrappa Trophy, with access to a food court and plenty of other recreational activities for adults, children and families which will be announced in the coming weeks!